I like to share our story about a strange creature that we experienced in the Shetland Islands in the summer of 1985. The weird happenings took place where the fish we had caught, had disappeared, only for us to discover it was the Lizard Man who had been taking them!

Having visited Shetland previously for a holiday we decided this time to explore Western Shetland, specifically St. Ninian’s Isle in the south.

This is an amazing place where the island is joined to Shetland with a large bank of sand stretching across the water. This forms two beaches on either side and is known as a Tombolo, tieing St. Ninian’s Isle to the mainland of Shetland, hence why St. Ninian’s is called the tied island.

It is a beautiful and very mystical place even in wet and windy weather, however, we had nice sunny weather for the week we visited.

Asking the local farmer if it was okay for us to camp on the Island and he and his wife recommended and helped us find the best places.

We camped away from the designated path that people walk on and in a sheltered grassy area. My young daughter and I pitched the tent whilst my wife sorted the toilet tent.

Our entrance of the tent looked out over the sand and the water, on the other side you would be looking at the mainland.

The surface of the water would glitter with the sun reflecting off the entire ocean. The ripples and waves look like sea horses waving their pure whitetails. And above the white puffy clouds would roll on by with a very clear blue sky.

One of the things so nice about this area of Scotland is how clean, pure, and unpolluted everything is where man has not left his curse on mother nature.

The three of us decided to go swimming and we were surprised by how warm it was. Oh yes, it is cool but being Scottish we are hardy! But it didn’t really grip you that much.

We also lay on the sand for a good hour after the swim as the warmth of the beach and sun got us dried and warmed up. It was beautiful looking up at the sky and admiring how clean and serene everything was.

Early on in the evening, I decided to take my daughter fishing on the rocks.

We had planned to camp here for a week and the farmer agreed to this as long as we took our chemical toilet to the nearby septic tank for disposal.

The two of us spend about an hour fishing on the rocks at high tide so there was not too much weed for our tackle to get stuck into.

It was a good catch where my daughter got 3 large pollack but I was less than fortunate with catching only a small collie.

Our intention was to see if we could live off the rocks by fishing for our meals in the evening. We had brought other food such as frying bacon and cereals for breakfast, along with cooking burgers and sausages using a barbecue in the evenings.

However, we thought it would be neat to live in nature by catching fish for our evening meals.

We took our proud catch back to the tent but my wife had already prepared something for us being fried up that evening. So we decided to keep the fish for tomorrow morning at breakfast and put them in a bucket that was sealed.

During the night with moderate to strong wind, you could hear the tent flapping a lot but this never really bothered us. However, since I was a light sleeper I would come in and out of consciousness.

Later on, it seemed to get windier, and I thought I could hear something growling behind the flapping of the tent and the wind whistling around us.

I was certain that I could hear something go crunch or something split but this felt as if it was off in the distance. But again because of the noise of the wind I thought it could be my imagination.

I also got the uncanny and eerie feeling as if something was walking or stomping around the tent. In fact, I felt as if we were all being watched.

I had a nervous feeling deep within my solar plexus area as if an inner voice was saying something is really wrong. And shouting, “Danger! Danger!”

Who Stole Our Fish?

When we got up in the morning, I went to get the fish only to find that the bucket had been crushed open and the fish were all gone.

So I was right! Something creepy had been around the tent as my daughter and wife slept.

It was not my imagination after all with what I heard underneath the noise of the wind.

What happened? What kind of animal did that? We just found it weird and a total mystery!

Little did I know but we were soon to realize this was our experience with the strange reptilian or lizard man. Of course, we didn’t even remotely consider that at the time.

It could not have been a deer or sheep, and no seal could do that or be able to make its way to where the tent was from the sea.

We thought it must have been a person or perhaps kids pulling off a prank? But there was no one else camping at that time, also it was quite dark with the drizzle and heavy clouds during the night.

It would have been different it was a good bright night since in the far north of Scotland it does not really go dark so one could see without shining a touch.

It is short nights in the summer but long dark nights during the winter.

On this night, however, it was dark, wet, and windy. Also, no one really knew we were here apart from the local farmer and the fish were contained and not on display.

It remained a mystery and we decided to not fish for the next couple of days as it was too wet to go on the rocks and windy.

On the third day, we awoke to a bright sunny day and decided to just hang around outside the tent where we relaxed on the grass.

As the day got hotter, we went for a swim and then relaxed on the beach. There was no one else around so we had the whole beach for ourselves.

This is something that we really love about the remote areas of Scotland. If someone else is on the beach we consider it too crowded!

My daughter decided to go for a walk to the other side of the beach and explore some of the rock pools and check out for crabs as the tide was going out.

My wife and I were laying on the beach facing the sky with our eyes closed and basking in the sun, with the occasional seagull calling above or in the distance.

Suddenly, we were shaken up by a loud scream.

We knew right away that it was my daughter’s voice and looked up to see where she was standing.

About halfway across the beach, she was standing staring into the sea as if she had turned to stone. I looked into the sea’s horizon to observe what she was looking at.

I saw a green humanoid creature standing up in the water it had yellow eyes with a large thin black pupil in its eyes according to my daughter.

It was staring at her and growling showing its teeth which looked like large thin fangs, these were all close and tightly together. However, some of the teeth were positioned at irregular angles.

It had webbed pattern skin with scales and long lanky arms. The hands looked like webbed hands with long pointing claws.

It was lizard or reptilian in nature and its chest was very muscular with well-developed breasts.

The being then dived down into the water and after a splash, it was gone. I had to blink a few times in disbelief at what I was seeing.

My daughter then came running over, “Daddy, Daddy! Did you see the lizard man?!”

She was deeply traumatized by what she witnessed and visibly shaken, explaining that when she first saw the creature it was eating a fish.

How do you comprehend something like that? It was so odd and crazy and you try to rationalize it to be something else or perhaps a trick of the light.

You keep going over it again and again…

If you try to mention to people including the police they will not take you seriously and say you must have been drunk or on drugs. Or there will be those that say we created a hoax.

What would be the benefit? There was no one else around.

Well, I can tell you my daughter is never been on any kind of drugs and was too young at the time to drink! And she was not part of any hoax!

I guess talking about it openly without any judgment from anyone is the best way. But it is difficult to find people open-minded to discuss.

Writing your experience down on paper is very therapeutic as it really helps to process the encounter and come to terms with it emotionally and mentally.

Maybe there is a scientific explanation for it. But I think the only rational explanation is there are creatures living on this planet that scientists are not aware of and don’t have enough information to validate the phenomena.

The large lizard man or reptile entity had the first half of the fish in its mouth and tore it in half with its teeth.

It was at this point that my daughter screamed and stood in horror before it dived under the water.

She said the fish was large and fighting in its reptile hands as it put it into its mouth and bite it in half with the blood of the fish coming out of its mouth.

Well, now we know who took our fish that night. It was the Lizard Man!

I reckon it was about 9 feet tall judging where it was in the water and too far out for us to swim.

Considering the reptilian humanoid or lizard was standing where the water only came up to its waist it must have been very tall.

I don’t think we would have stood a chance if it wanted to attack us but it didn’t. Perhaps it would only attack if threatened or invading its territory.

My wife also saw it and at the time was very quiet and just hugged our daughter and just focused on protecting her, making sure she was alright.

After this encounter, we decided immediately that this holiday ends right now. My daughter certainly did not want to stay.

We packed everything up and made sure we took all our waste and left right away without even thanking the farmer for his hospitality.

In the car, we traveled to Lerwick in Shetland which is the main town on the island. We found a hotel that was able to offer us accommodation for the rest of the week.

I reckoned that it would be best to be in a populated area with plenty of people and stay away from any isolated or remote areas.

It made my daughter feel safer and more secure but still troubled us about what had happened.

At the end of the week as scheduled we flew back home. 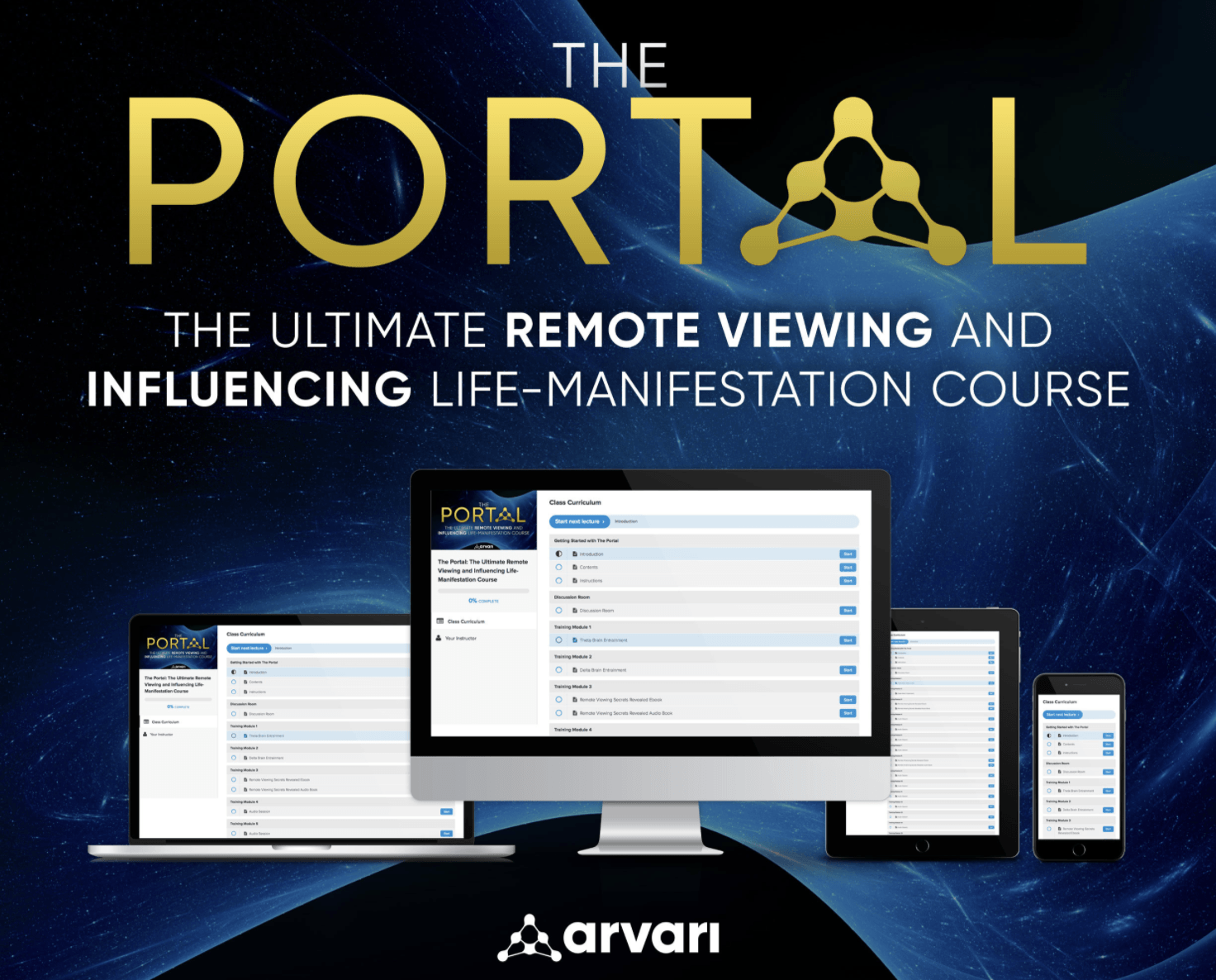 Return To The ONE, and Remember.